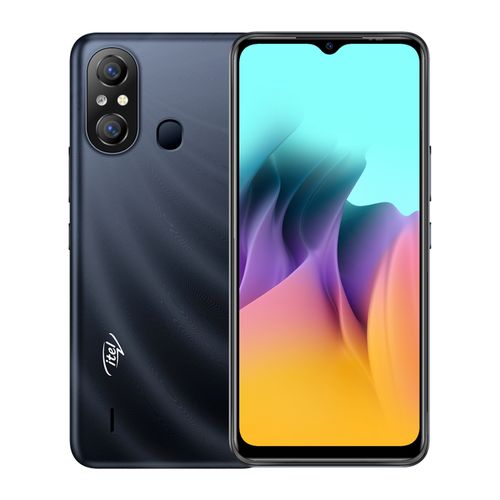 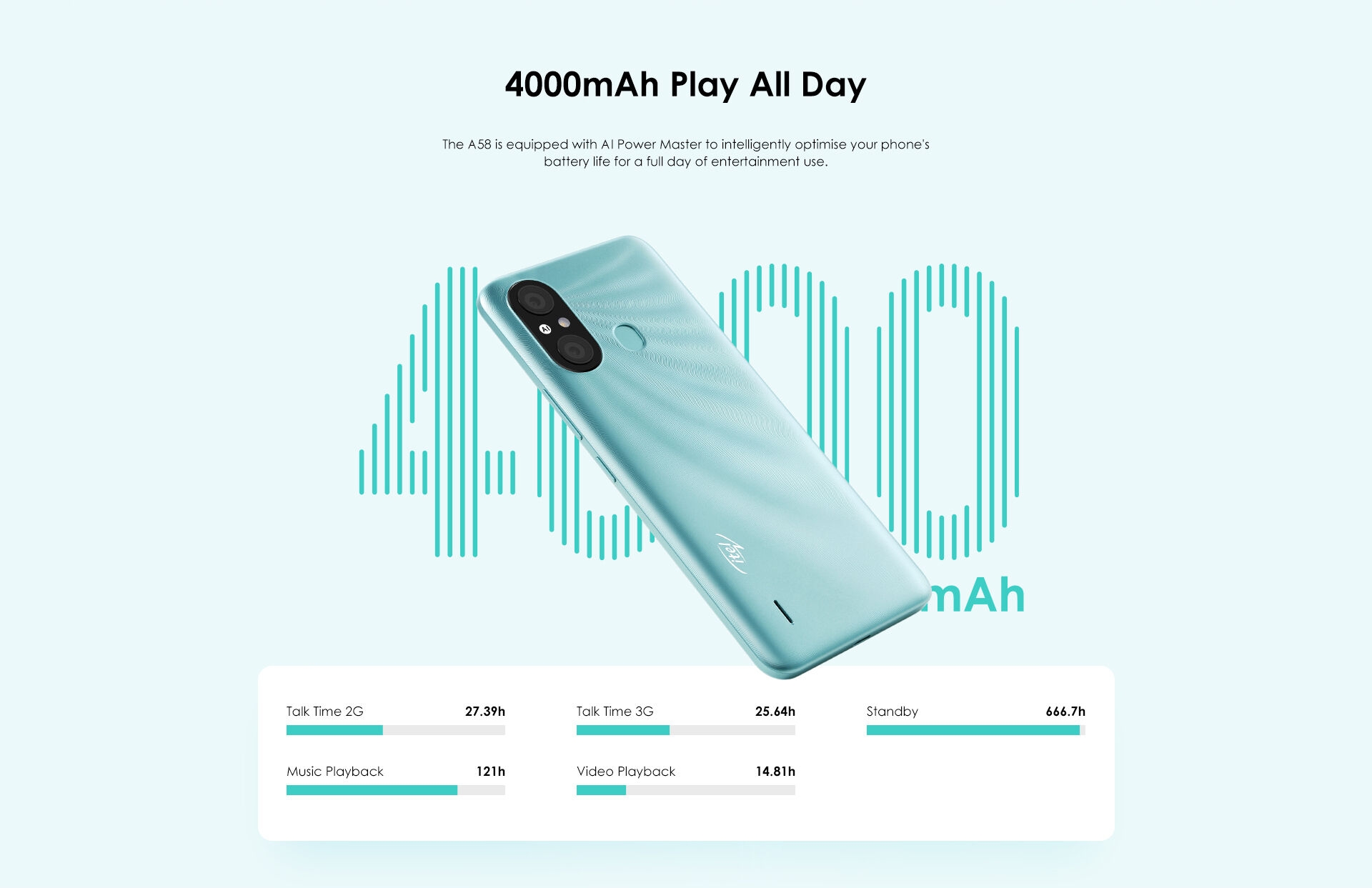 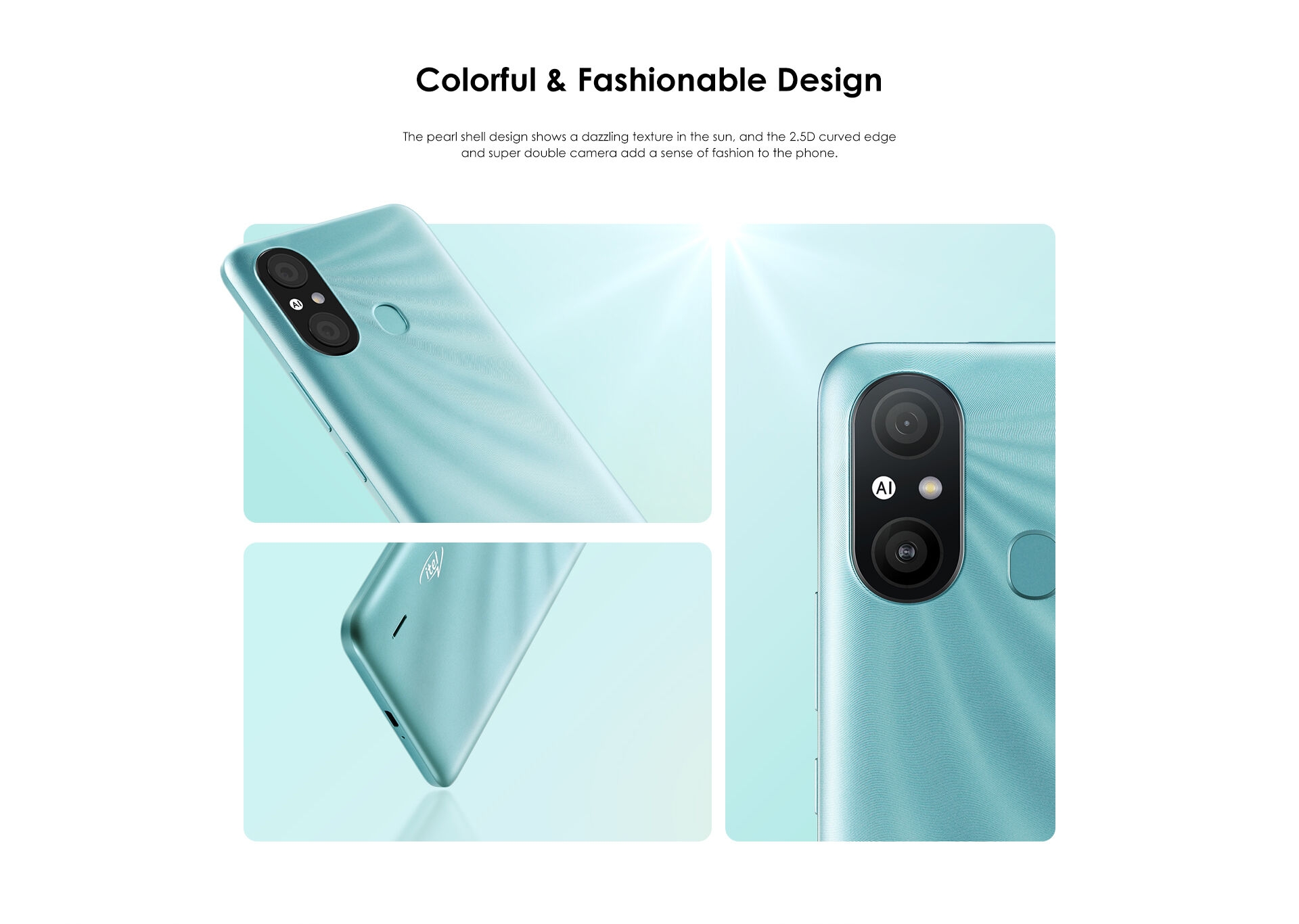 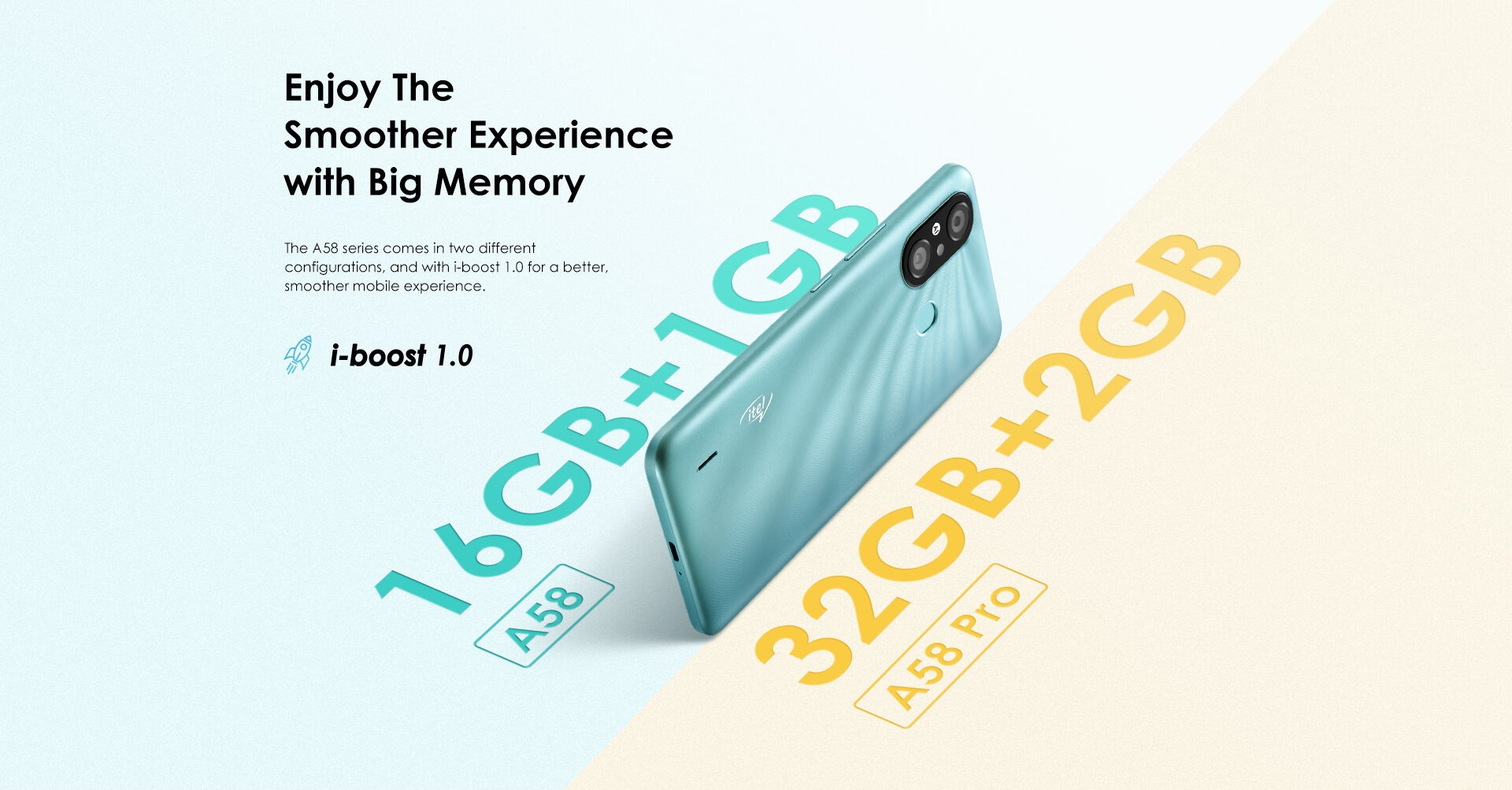 The iTel A58 packs a massive 6.6-inch HD+ display, alongside a dual set of rear cameras, runs on Android Go Edition, and is powered by a massive 4000mAh battery.

Being a basic device with a bigger design and lots of style in an affordable price range, you don’t expect any premium features on this device. There’s no Gorilla glass back, fast-charging, and USB-C port, but with a fast responsive fingerprint scanner on the rear panel. Undoubtedly, the iTel A58 is a mid-range device that you won’t regret going for especially with its affordable price. Below are the iTel A58 full review, display camera performance, battery capacity, and price in Nigeria.
The iTel A58 design is so smart and stylishly built that it’ll be so hard to restrict the phone’s attractive aesthetics. Although it comes with a plastic body instead of glass like most recent flagship phones, it’s still preferable to keep the price low. Similar to most iTel phones, the A58 features a teardrop notch which is somehow outdated as most recent phones are now equipped with a smaller dot-hole notch.

Flipping through the back you’ll be welcomed by iTel’s design prowess. The rear camera bump is a unique feature and somehow gave the phone a flagship look. The ‘iTel’ brand logo is boldly scripted on the left side of the phone just below the camera.

The iTel A58 is enriched with the necessary phone ports connection. There’s a 3.5mm headphone jack for wired earphone fans and a USB port for charging the device. On the right side of the phone are the perfectly positioned power button and volume rockers while on the left is the dual SIM card and SD card slots.

At 6.6-inch, the iTel A58 is one of the biggest phones from the Transsion Holding company. It packs some amazing display qualities that are vivid and colourful enough to keep you going. With up to a 1B colour gamut, you’re ready to enjoy the highest viewing experience on the iTel A58 display.

The iTel A58 is powered by a 4000mAh battery capacity that’s good enough for daily use without connecting the phone to your charger. There’s no doubt this is the best feature of this device. 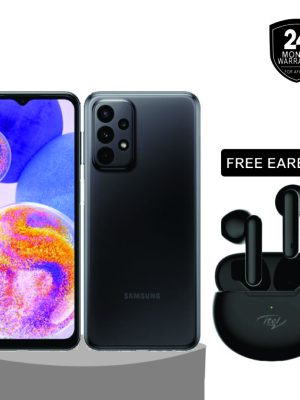 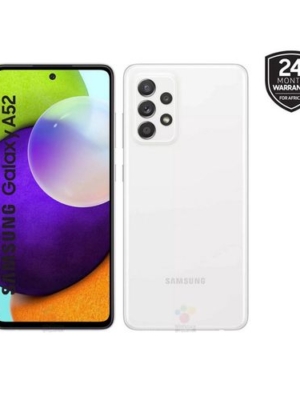 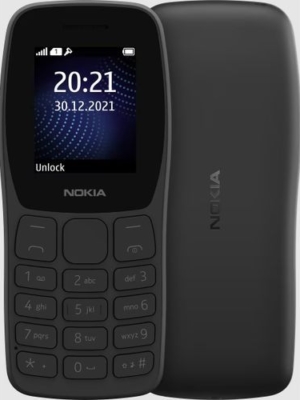 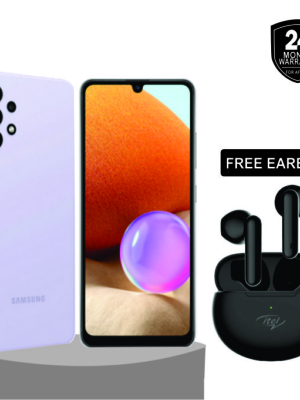 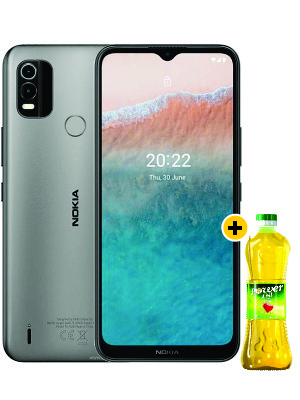